My practice focuses mainly on the areas of restructuring and insolvency law, including restructurings under the Bankruptcy and Insolvency Act and the Companies’ Creditors Arrangement Act, bankruptcies and receiverships, as well as foreclosures, creditors’ remedies and security recovery. I have acted as counsel to trustees, receivers, secured lenders, directors, shareholders and debtors in a wide variety of insolvency situations.

Our lawyers are experienced and pragmatic problem solvers with expertise advising and representing clients in commercial litigation and insolvency matters. 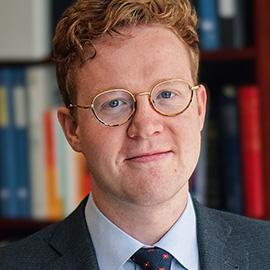 Thank you for contacting us. The information requested on our form is required to carry out a conflicts check to make sure that we do not already act for a party which would prevent us from acting for you. We will respond once we have confirmed there are no conflicts.